Yerba Mate: The Drink of the Gods

While you and I wake up in the morning to a steaming cup of coffee or tea, people on the other side of the globe are sipping on another caffeine drink. Yes, today we are discussing Yerba Mate! Native to the South America continent, it is the drink the indigenous tribes used to call ‘the drink of Gods’. It is so popular among all age groups that Argentina even named it as its national drink. Every year people drink Mate that is worth 500 million dollars.


This herb for Yerba mate was first discovered by the indigenous tribe of Guarani in Paraguay. Since then it has been brewed for centuries as an energising drink. It comes from the holly tree, Ilex Paraguariensis. The herb is mostly hand-cultivated in Argentina, Paraguay and Brazil by the cultivators known as ‘yerbateros’. It has a major spiritual association for the indigenous people and was used in religious ceremonies. It has woven itself into different parts of society and has become a part of the South American identity. The culture around Yerba Mate can only be compared to the likes of the cherished tea and coffee cultures of Japan and Italy. 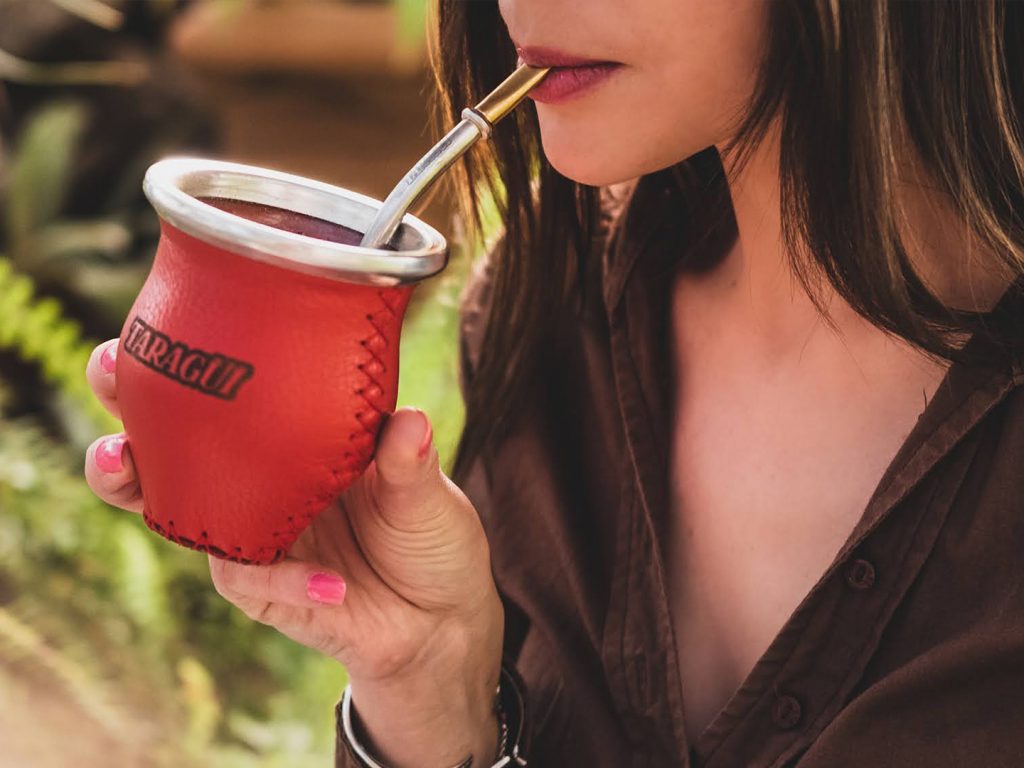 
Yerba Mate is often quoted as having, “the strength of coffee, the health benefits of tea, and the euphoria of chocolate”. Naturally blessed, the mate tree is rich in antioxidants and, amino acids and contains 24 different vitamins and minerals. It is found to be a balanced drink as it does not give one the caffeine jitters like coffee. It allows for a smooth rise in energy as you drink it. It is most known for its regenerating and stimulating properties. And this is probably why many footballers enjoy it on a daily basis.


Right from Argentinian footballer Leo Messi to French footballer Antoine Griezmann and many others have made it a part of their everyday regimen. Of course, even Pope Francis is no exception! This tropical drink is slowly making its way around the globe, gaining popularity as a health drink. It promotes mental alertness, boosts your immune system and reduces stress. It is the go-to drink for millions of South Americans.


The presence of caffeine in the leaves does not lead to addiction and can be enjoyed throughout the day. It makes a great pick-me-up drink in the place of your regular coffee.

The Culture of Drinking Yerba Mate

The drinking culture around Yerba mate is as intense as its flavours. It is a social and cultural phenomenon. The drink is known to be ordained as a symbol of friendship by the mythical goddess ‘Yari’. It is an informal social event where people gather together to enjoy the drink. Traditionally the drink is prepared by one person called the ‘cebador/cebadora’ who is the host.

The cebador infuses the maté leaves in hot water in a hollow-shaped gourd,  and a straw called  ‘bombilla’ is added to sip on the drink. The straw has minute holes in the bottom that filters out the leaves. The first sip is taken by the cebador to ensure that the drink tastes good and he/she passes it on to the next person. The cebador has a thermos with hot water and refills the gourd as it is passed from one person to another. The straw should not be used to stir the drink, as it is considered rude.

This unique drink bonds people together in a special way. The passing of the gourd brings a different level of intimacy, and it is an honour to be invited to be a part of this communal sharing. It serves as an icebreaker and conversation starter for people who are getting to know each other. It is a drink for any social situation; people drink it as they walk down the streets, at bus stops, picnics and even at the beach.

The culture of drinking Yerba Mate can vary slightly from one South American country to another. The Brazilians call it ‘chimarrão’, which comes from the Spanish word ‘cimarrón’ and their maté leaves are also known to be always bitter.  The Paraguayan culture is known for the cold infusion of Yerba Maté, which they call ‘tereré’. In Argentina, sugar is sometimes added to the infusions and served with pastries, muffins, or beer.

How to prepare Yerba Mate

With a Gourd and Bombilla

If you don’t have a gourd and bombilla, you can still prepare the drink using a tea infuser in a teapot or a french press. In rare occasions, Yerba mate is also available in tea bags as an easy infusion for beginners or children.

The flavour profile and storage of Yerba Mate

The taste profile of the mate can slightly vary depending on the region it comes from, the cultivation process, the weather in the region, the harvest season and so on. The flavour could be bitter, bittersweet, smoky, earthy and so on.  Mate from a late harvest develops more bitter flavours. In some cases, the leaves are given some heat and dry roasted for a toasty flavour profile. While Yerba mate tastes amazing on its own, it can also be blended with mint, citrus flavours and fruits.

The herbs of mate don’t really perish and can be stored for a period of 2 years beyond the expiry date. The herbs don’t spoil or become toxic, but only loses flavour with the passing of time. It is best to store it in an airtight container and away from other spices and strong-flavoured foods to avoid mixing of aromas.

Well, its time you try this refreshing drink for yourself! Here, check out our collection of Yerba Mate and other blends!